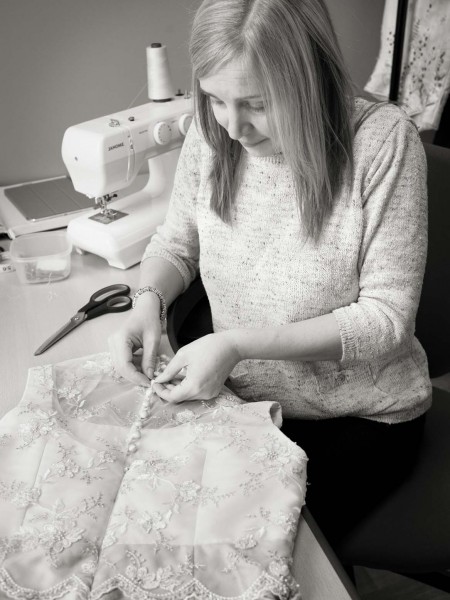 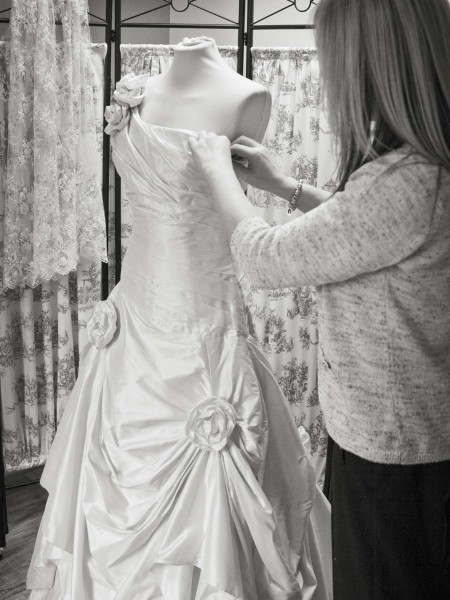 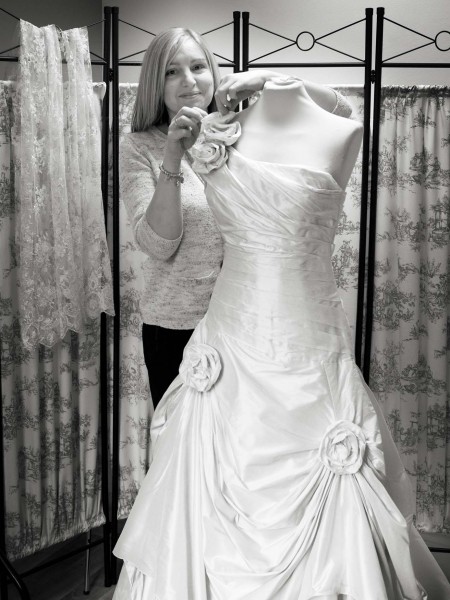 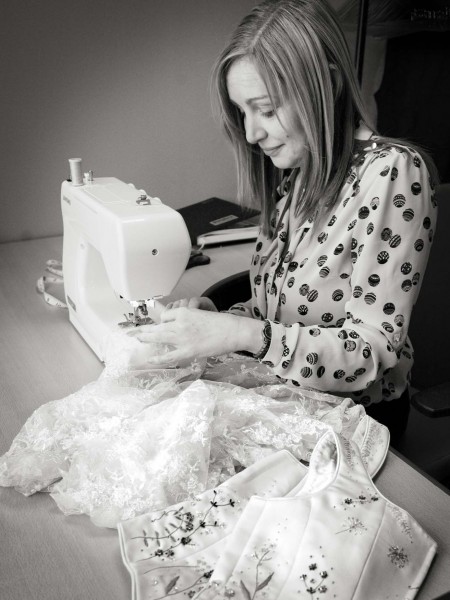 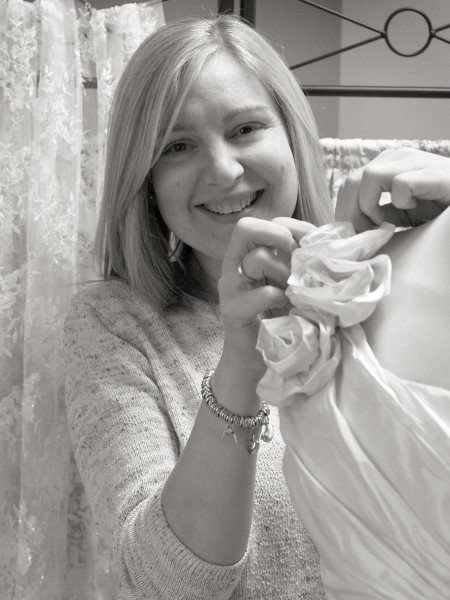 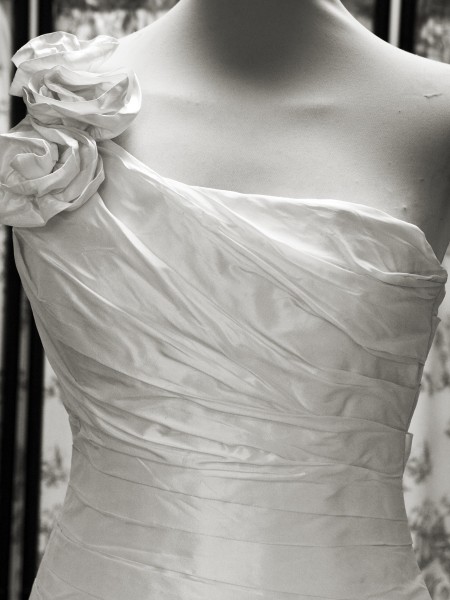 Q. How would you describe what you do?
A. I am a dressmaker so I do a lot of bridal work, ball gowns, prom dresses, that sort of thing. Mainly for girls that can’t find what they’re looking for in the shops.

Q. So do you have to make made to measure patterns?
A. Yes, I’ve got patterns that I work as a block and take the measurements and really it goes from there. I make up a calico mock up in cotton first, the girl comes and tries that on and that’s the point shell say I want this or that changed. I fit that, then that becomes my pattern that I use for the fabric.

Q. So you could make more than one based on the same calico?
A. Yes

Q. How long have you been doing this?
A. I’ve been working for myself here since 2007 but really when the kids were little I was dress making and doing alterations and things; so really for years.

Q. And how did you learn to do what you do?
A. It’s one of those things that I did when I was little. I remember being really little and my granny giving me a needle and thread and an old nightie and I cut it up and made a cat and stuffed it. Then when I was  probably about ten or eleven years old, the dress I really liked was too little so I cut the top off and made a skirt with the bottom bit. So really it was something that I did when I was really little.
I loved sewing at school. I got my ‘O’ level in sewing and I was the only person in 3rd and 4th year doing the class. Then there was a drapers shop in Aboyne and the wifie, she made bridal wear, so I worked part time with her and then I worked for a dress maker in Torphins. It was really good, I learnt quite a lot from her but it’s not really the kind of thing that you could go to college and learn, it’s something you learn over years.

Q. Do you think there is a certain skill you can learn or do you think it’s just in you, to be able to visualise something in 3D when you’re making the patterns?
A. Yes, because I can see things, but you try and explain to somebody how it’s going to look and it’s really difficult because they can’t see it, but I can. And it gets really difficult, so you’ve got to draw it so they know what you want to do. That’s where the calico’s good because they can try it on and get to see what’s happening and then sometimes they’ve got an idea in their head and when they actually try it on its actually not what they want after all, so we can change it.

Q. How has your work changed over the years?
A. What I have noticed is that years ago, people used to think that because it was home made you would get it cheaper, where now they’re actually coming because they want something that’s a one off and they expect to pay a bit more because it’s a one off. It’s made to measure and it’s designed for them. That would be the biggest change.

Q. So how long does the process take from somebody coming to you?
A. If its for a wedding, like bridesmaids, they could come a year before, so by the time they discuss what they want, choose the fabrics, work on the calicos it could be a process that takes ten months to a year. I don’t like finishing everything too early, in case their weight changes but if it’s somebody that wants a ball gown you might only have three weeks, so it just depends what they want.

Q. Where do you source your materials?
A. Just companies that I’ve got samples from. If they’re looking for something specific then they can phone up other companies or look on the internet where you can find an awful lot more.

Q. And have you got a web page?
A. I do yes, just a basic page at the moment with some photographs and some information.
I’ve had contacts through Facebook as well. I’m on Facebook, although its not really a business page. My son’s going to set up a business page for me.

Q. And what about word of mouth?
A. Yes, that’s the biggest. Most of my customers come through somebody else.

Q. And you made the curtains up at The MacRobert Hall in Tarland, so do make that sort of thing as well?
A. Yes I do, just purely when you start out it was a case of you need to survive but before I worked on  my own I worked for a curtain place in Banchory, so I still do curtains for people, especially friends, I do a lot for them.

Q. What kind of rewards do you get from your job?
A. I just love doing it! You do get days when nothing’s going right but when you’ve got a girl that comes in, whether it’s a prom dress, wedding dress or bridesmaid dress, they come in with a picture or an idea and at the end you’ve made that for them and they’re standing in their dress and they’re just beaming. They’ll send you a photograph and send you a really nice letter saying ‘thank you so much’. So that and the fact that I just really enjoy it, I enjoy making something.