January 23, 2014 by nuno Bookmark the permalink 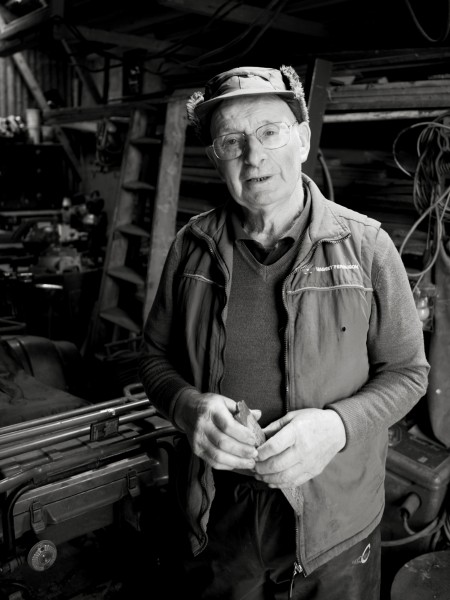 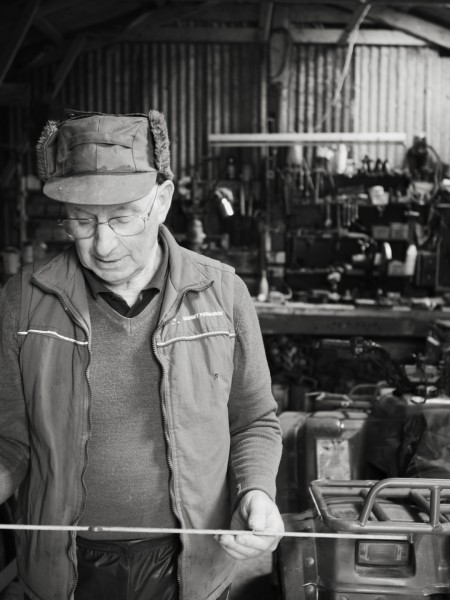 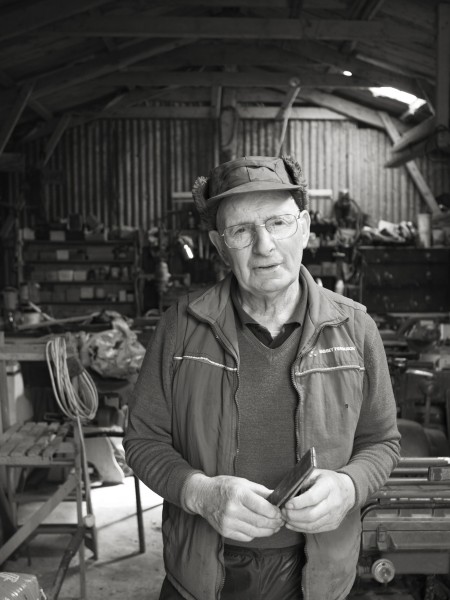 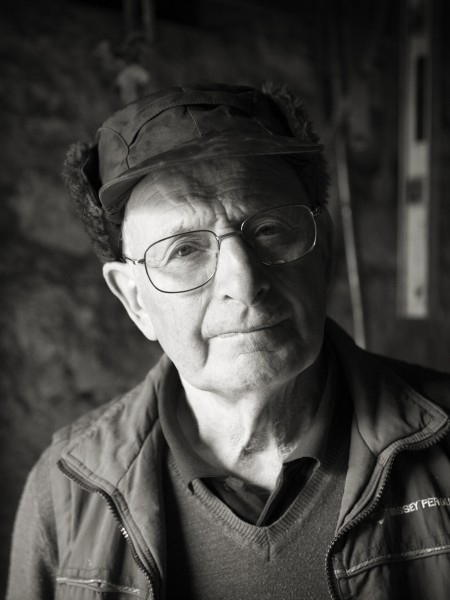 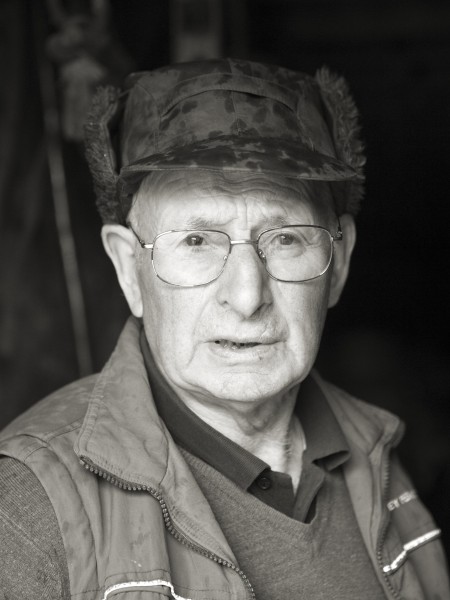 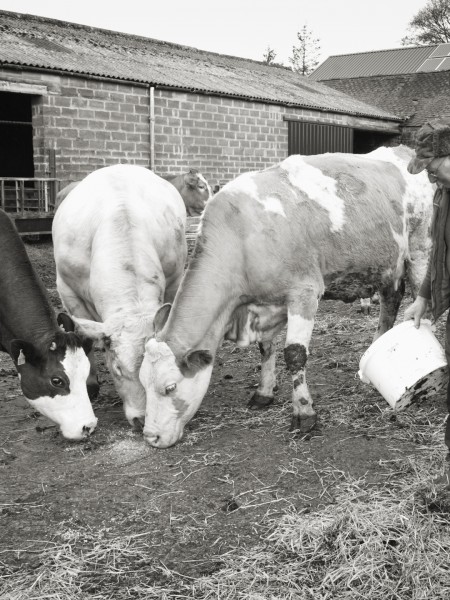 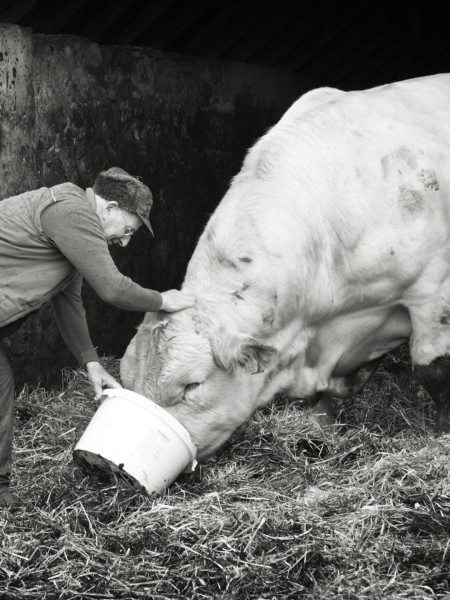 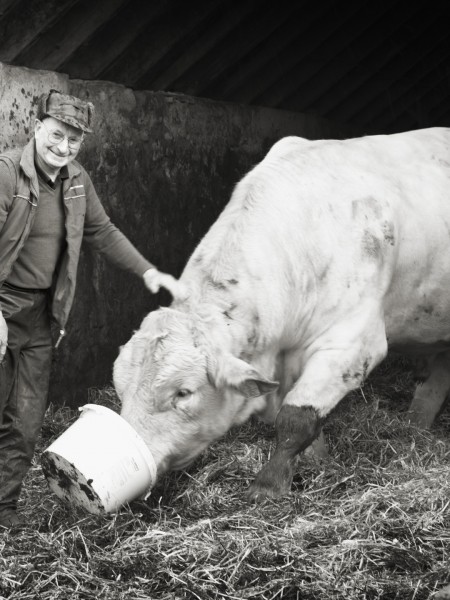 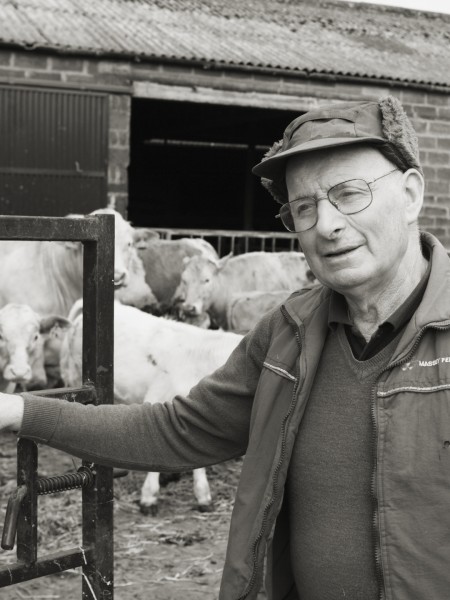 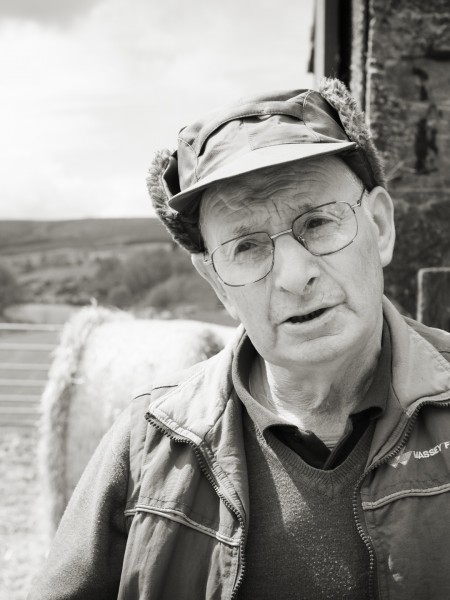 Q. What is your principle professional skill?
Could you tell us a little about it?
A. Well , I suppose it has to be cattle, cattle health, management.
I’ve got to be a bit like a doctor really, I’ve got a habit of relating to animals like you would relate to people when they are ill. Animals get ill the same way people do, you have to know how to read the signs.

Q. How did you learn your skill? How long did it take?
A. It’s just experience, you just pick it up. I’m still learning.
They’ve started a new thing, Monitor Farms, where farmers can exchange views and so on. They pick a farm and it is a monitor farm for three years. There’s one at Lost now. They’re getting a lot of interest. It’s quite a new thing, three years past. It’s a good idea, lots of people with the same idea can use the Monitor Farms to learn a lot. They’ve got college people on the farm to study soil and other things and to see how to make it financially viable.
It’s an open meeting.

I learnt a lot from my father. Things have evolved. It’s very different now from when  he worked. My father grew up with horses. I remember the first tractor, I was eight. We were driving the tractor and he shouted ‘ Whoa!’ to make it stop and it went straight through the fence.
From then on he walked behind the tractor to see if it was going straight – like you would with a horse.

Then I served my time as a motor mechanic, for five years.

I remember the first £100 animal I sold. There was a market at Rhynie once a year in August. We drove the cattle down the road to the mart. I got my first five figure sum.
That was in ’62 or ’63.

Years went on and Rhynie market closed and then the mart was in Aberdeen, it was difficult to get the beast there – and then it moved to Thainstone and that was much better.
The department of Agriculture was down by the station in Aberdeen, now that’s in Thainstone too.

Q. How long has it taken you to learn?
A. A lifetime I’m still learning.

Q. Are there any other people in the region doing what you do?
There are a few in Lumsden. It’s all beef around here. There’s not any arable really. That need big machinery which suits large , flat fields. You need a flat field to take advantage of that.

Q. How important do you think your skill is for the region?
Well, I think it’s very important. It’s a pity that the members of parliament don’t think the same. They just don’t realise how important it is. They used to think it was important. Now it’s all trees, they want Scotland covered in trees, that’s what we’re aiming for.

Q How has your profession evolved over the last few decades?
There are continental breeds now. We used to have Angus, Short Horn, Herefords. We’d never seen a white beasties back then. Then in the mid 80s, I suppose, in came the Charolais.  That was the start of the foreign breeds. Now they’re ten a penny. The main difference is that they are better converters, they put on more weight.
Now they’re getting too big. The cuts are too big, the steaks are too big. The excess is put into manufacturing processed food so you’re penalised if the beast  is too big.
Same with sheep.

The farmer has to produce what the supermarkets need.
It’s a dead end business really. You have to pay the top prices for what you need but you can only sell for what the buyer will give you.
It’s also a case of supply and demand. Beef is scarce at the moment so the prices have gone up. But all the costs have gone up so it’s not that the farmer makes more money because it takes more money to do the job too.

The labour side is completely different. Most farms had hired lads. Now it’s just the farmer and lots of equipment – or they hire a contractor.
It cost less to live then. You had hired help in the house. They helped to feed the hired men.

Soil is an important thing now too. Now people come and test the soil. It can be done by satellite which divides the field into squares. The tractor works by computer and only sprays what’s needed. The satellite steers the tractor, does the plough settings, the sowing, it works it all out. You can bring a tractor into a field and let it do it’s own thing.

Q. What are the main differences between now and when you started?
A. When I started farming it was all self sufficient system. Each farm grew enough to keep his family going. 50 – 60 years ago people were growing oats. There were meal mills everywhere. My dad was a miller and a joiner and an undertaker. The joiners made coffins.
Everybody went to the mill to make oatmeal. Meal was the staple diet. It was good for you. Everybody had a cow for milk.

Q. How important do you think it is to pass the skill on to the next generation?
Very important. But that’s one of the problems. There aren’t enough young farmers. The average age of farmers is 58 and it’s getting older and older. Young people think they can make a better living elsewhere, like in the oil industry.
Farming used to be a whole way of life, you didn’t know anything else. Now they can see other options elsewhere.

Q. How can farmers pass on their skill?
Nowadays most farmers go to college to learn. It’s all so sophisticated now. We used to be able to fix a tractor, now we have to go back to the manufacturer, Same with farming, with all the science, it’s too much to learn just on the farm. It has to be done through education.

Q Do you think that society should feel obliged to find a way of preserving such skills?
Aye, I think so. It’s a bit like a language, like learning a native tongue.
You have to adapt as things change.
Traditional farming is a thing of the past.

Q Does having a skill change the way you see the world.
I’m sure that it does. It’s a pity that the world can’t see the same way.
It’s a way of life a way; of connecting with the land.
People have strayed away from the basics. There’s too big a gap. A few farms take kids in to see they system, so they can learn. It’s a shame if that connection is lost.

Q What kind of rewards do you get from your skill, monetary and/or otherwise?
I think you get a lot of satisfaction. There are a lot of pitfalls and disappointments but when you get a real topper of a calf you forget about all the disappointments.
You just know if it’s a good calf when it’s born. It’s just experience. The back has length, it’s broad and square.
A good beast is square with a leg at each corner. Deep hips and plenty of bone..
When you see a calf’s feet and you think, ‘Can we calve this?’, that’s a good sign.

Q. What impact has broadband and the internet had on your work?
More than I’d like to admit.
I never had a computer but eventually I had to. I got one when I was seventy. I’m no expert but I can do what I need to.
We use it  for selling, for sending reports, to do banking, I can’t do without the internet I’m afraid to say.

Q. What could be done to support your profession.
Well, I suppose the monitor farms will do as much as anything to protect farming. It’s just difficult to to get people to accept it
Farming skills are not enough, we need business experience and accountants on board. And there are issues around EU policy It’s the same policy for everywhere.
Will they give each country its own say? I can’t see it,. I think it’s getting too big.#
I’s like a business which gets bigger and bigger and then gets out of control.